S is for ‘Synchronicity’ audio transmission (From Angels to Zen).

There are so many great words that begin with S: Spirit. Saviour. Sexy. Sensual. Steady. Sincere. Simple. Sublime. I settled on ‘synchronicity’ because it incorporates all of those things.

For my twenty-fourth birthday, my mother offered to take me to the Arthur Findlay College of Psychic Studies. At this point, I was ten years into my deliberate intuitive development. I had trusted Spirit, been guided by my feelings, studied books and listened to feedback but I hadn’t received much in the way of ‘official’ tuition. I had heard of the Arthur Findlay College and I was aware of its reputation as the best school in the world for developing psychics and mediums.

I was desperate to go. 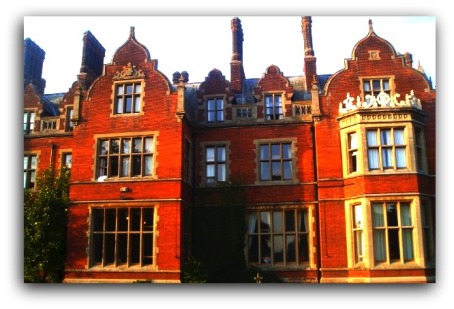 I picked a week-long course and my mother gave me a book to read: Looking Back by James Arthur Findlay.

It was a huge tome, about the life and times of the man who had left his stately home in Stansted, England to the advancement of psychical research. After his passing in 1964, his home became the Arthur Findlay College. I settled down on my sofa bed in my one bedroom flat, to spend some time getting to know Mr. Findlay before visiting Stansted Hall. I had been engrossed in his story of religion, scepticism, evidence, mediumship and belief, for several hours. My hungry reading was brought to a standstill, however, by a page that featured a letter sent to Mr. Findlay. I stared at it for a long moment, immobilized, enveloped, filled up, by the pure soft fabric of synchronicity…

I got synchro-chills all over. I experienced a strong awareness that Mr Findlay’s life and mine were inextricably linked – that he, I, this book and this town were somehow in it together and that, without knowing, we were very, very important to each other. I felt a deeply comforting sense that something very personal and Universal, important and natural, grand and yet careful was going on. For a moment I felt that his spirit was my spirit was all our spirits. I could picture him smiling; guiding me on the path that was uncannily like his own, having a good laugh at my bewilderment at the connection – the discovery – I’d just made.

I can honestly say that every significant, wonderful, fulfilling thing that’s ever happened in my life has come to be through odds-defying synchronicity. Not planning, not trying, not worrying, not aiming. Just being, recognizing and appreciating.

Try it. Stop. Breathe. Let go. You are already being guided.

I’d love to know your thoughts on the subject of synchronicity. Have you ever experienced a strange ‘coincidence’ that changed the course of your life? Have you felt the synchro-chills? Why do we have synchronicity? What’s your theory? Deposit your wisdom here…

This post is dedicated to James Arthur Findlay who returned to the Spirit world on 24th July 1964, and whose life and work has inspired me so much.

Next week on From Angels To Zen, I interview Robin and Sandra Foy, two quarters of The Scole Experiment who, in the 1990s, achieved some of the best evidence for life after death ever recorded. Twenty years on, we talk physical mediumship, interdimensional communication, the philosophy of energy and effective techniques for experimenting with Spirit. I hope you’ll join us, this is not to be missed!

In the meantime, come join the party at facebook.com/laurenmedium or tweet me @angellassie.

3 thoughts on “S is for ‘Synchronicity’: The Weird Feeling That It’s Just Meant To Be.” 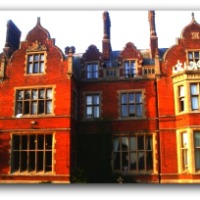